The software to measure the geometry of objects and machines such as straightness of guideways, flatness of surfaces including both granite tables as well as machine tables and parallelism of guideways

The software wylerSPEC is the ideal tool to measuring tasks related to the geometry of objects and machines such as straightness of guideways, flatness of surfaces including both granite tables as well as machine tables, parallelism of guideways, squareness of vertical machine elements compared to horizontal parts.

The software wylerSPEC software stands out through:

The wylerSPEC software replaces our LEVELSOFT PRO and MT-SOFT software packages. Thanks to its user-friendliness and informative display of readings, it is even easier to set up, calibrate, and measure machines. Universal: wylerSPEC makes it possible to input measurement readings not only from WYLER inclination measuring instruments tools, but also from laser interferometers and autocollimators.

Measurement of flatness with BlueLEVEL-2D and wylerSPEC – save up to fifty percent of time!

The wylerSPEC software makes it possible to utilize the full functionality of the BlueLEVEL-2D: The measurement values along the X and Y axes are read out simultaneously. It is thus possible to reduce the time spent on the measurement of a setting and measuring plate by up to 50%

wylerSPEC /
Modules wylerSPEC consists of the modules 1 - 10
The package wylerSPEC includes all moduls and completes the functionality with customer specific measurements.

Measurement of straightness and parallelism

Measurement of straightness and parallelism with twist

Measurement of perpendicularity on machines or a granite measuring square

Measurement of horizontal and vertical guideway

Measuring the perpendicularity of a vertical spindle to the machine table

After the testing period the user has to buy a valid license in order to continue using it. He then receives a hardware Dongle. The Dongle provides the option to install the same software on several computers and to move the Dongle to the PC on which the software is used.

Each WYLER software can be tested for 2 weeks free of charge. After downloading the software, a test license is requested through the internet. After the testing period the user must buy a valid license in order to continue using it. This license is supplied together with the interface wylerCONNECT. 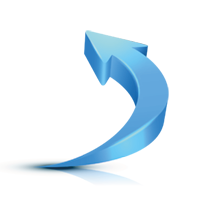 MEASUREMENT OF THE ABSOLUTE POSITION OF A Guideway

For a guide way, not only its straightness but also its deviation from the horizontal plane shall be measured. Furthermore, it should be shown where and how much the guideway should be corrected to adjust it horizontally.

The quality of granite references like surface plates, straight edges or squares must be checked and certified regularly.

The measurement and calibration of granite master squares and surface plates should be performed efficiently.

MEASUREMENT OF THE FLATNESS IN AN OVEN WITH LIMITED HEIGHT

A bio-technical company must measure the flatness of plates in an oven (at room temperature), to ensure that all objects stored in that oven are horizontally aligned. Distance between plates are only 100 mm. Size of each plate is 800 mm x 800 mm.

Normally a BlueSYSTEM Sigma together with wylerSPEC is used for flatness measurement. For this application here the height of the instruments exceeds the space available.

Flatness measurement of the plates in the oven with precision inclination measurement instruments, despite the limited space available.